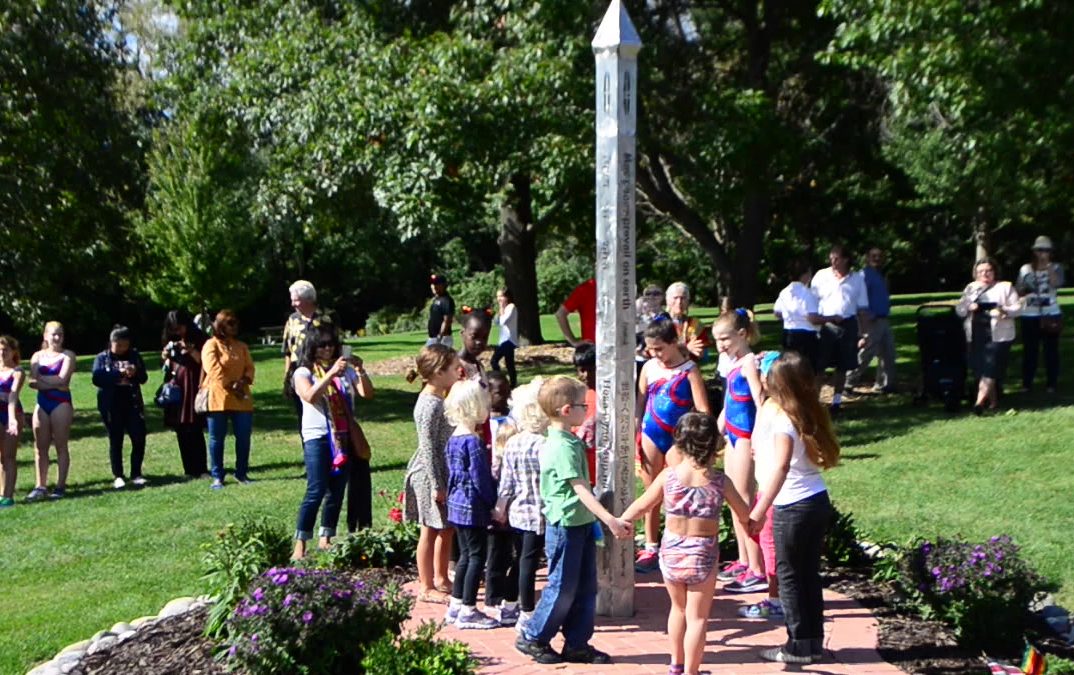 A Philatelic Presentation of his Life and Legacy

Adorning the corners of letters, they have been quietly conveying India’s achievements and contributions to the world. Stamps have, quite literally, documented India’s history, economy, and philosophy on tiny pieces of paper. They are symbols of India’s recognition in foreign lands.

This exhibit presents major events in Mahatma Gandhi’s life through the use of philatelic materials. To date, over 70 countries have produced stamps, postmarks, first day covers, cachets, and cards on Mahatma Gandhi. He may well be the most stamped person in the Universe; he certainly is a “Mahatma,” a “Great Soul’!

At its peak, the British Empire was the largest formal empire that the world had ever known. As such, its power and influence stretched all over the globe, shaping it in all manners and ways. It was into this world that the Mahatma was born. This unique exhibit of stamps and special covers will take you on an awe inspiring journey into the world of the Mahatma, the major events in his life and the values that he lived by; from his birth in 1869, through his school years, his career as a lawyer in South Africa, the nationalist movements back home in India, his assassination in 1948, and ultimately to the glorious legacy of peace and non-violence that he left behind.

Mohandas K. Gandhi held a first-class ticket, but he was still thrown off a train in South Africa in the late 1800s because of the color of his skin and his refusal to sit in a third-class compartment reserved for “coolies and non-whites.” Stamps, postmarks and first-day covers honoring Mohandas K. Gandhi are on display in an exhibition at Chatham College.

That firsthand experience of racism and discrimination, along with a memorable night in a train station, shaped the thinking and spirituality of India’s best known leader, who had gone to South Africa to serve as counsel to a Muslim business firm.

“He decided that night he had to stay in South Africa and fight for immigrants’ rights,” said Revati Natesan, an Illinois engineer and mother of two who has spent the past decade collecting rare, valuable stamps, post cards and clippings from newspapers that Gandhi founded.

The stamps, postmarks and first-day covers mark the many milestones in Gandhi’s productive life. An exhibition of the items is attractively displayed in 44 framed panels and six portfolios in the James Laughlin Music Center on Chatham College’s campus in Shadyside.

Attired in an elegant blue and gold sari, Mrs. Natesan is as thoughtful as her exhibition, which is called “Mahatma Gandhi: A Philatelic Presentation of His Life and Legacy.” The show, which opened last week and runs through April 30, also traces India’s struggle for independence and offers a look at beautifully printed stamps from all over the world.

More than 90 countries have issued stamps to honor Gandhi, including Benin, Rwanda and Namibia, the nation that won its independence from South Africa in 1990.

Gandhi, who was deeply influenced by Leo Tolstoy, Henry David Thoreau and John Ruskin, advocated the pursuit of truth, civil disobedience and nonviolence. He once said, “The truth is far more powerful than any weapon of mass destruction.”

Starting in 1916, Gandhi led India in its struggle to win its independence from Britain, which the country achieved in August 1947. One of the stamps issued afterward says, “With Freedom Won the Honour of Our Country Depends On Our Individual Conduct.”

But the fight for freedom took more than three decades. In the beginning, Gandhi urged his countrymen to become self-sufficient and to buy goods made in India instead of merchandise imported from Britain.

In the 1920s, Gandhi encouraged Indians to make thread and spin it into a cotton cloth called khadi.

“He asked every man, woman and child in India to spin their own cloth,” Mrs. Natesan said, noting that compressed cotton spools are visible in many cancellation marks of Gandhi stamps. The spools symbolize what Indians call the khadi spirit.

By 1921, The New York Times described Gandhi as an “Indian messiah.”

In 1930, thousands of his countrymen joined Gandhi as he marched more than 200 miles and scooped water out of the sea to make his own salt, a violation of British law. The march, which was Gandhi’s way of protesting a British tax on salt, resulted in his arrest along with 60,000 other Indians. Afterward, Gandhi spent a year in prison.

Gandhi, who was known for living simply, was so frugal that he even recycled post cards. So, Mrs. Natesan found it ironic that India once issued a single stamp of Gandhi that cost the equivalent of $10.

In 2000, Palau, an island nation off the coast of Australia, issued a stamp to mark the new millennium. IT shows Gandhi, Dr. Martin Luther King Jr. and Nelson Mandela together, a triumvirate of the men who used nonviolent civil disobedience to eliminate oppression and spread freedom.

The country of Mordovia honored the Oscar-winning movie “Gandhi” by issuing a stamp in 2000.

The text on the stamp is as inspiring as the image: “It took one remarkable man to defeat the British Empire and free a nation of 350 million people. His goal was freedom for India. His strategy was peace. His weapon was his humanity.”